My new album, 'Death of Conversation', is complete and in the manufacturing stages now!!!  The record plant that I am using for this is fairly backed up though and I won't see vinyl copies until sometime in August.  Will there be a digital release as well?  You bet!  But I probably won't release any format of this album until I receive the copies of the record.  Here is a teaser image for the label that will be on the A-side of the record. 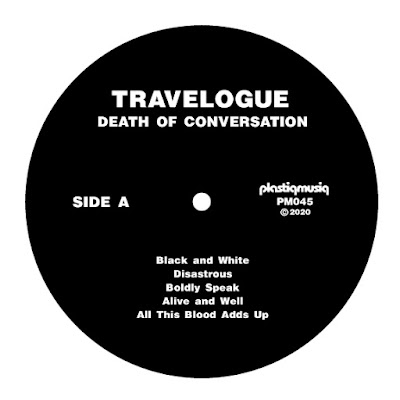 Posted by Jon Sonnenberg at 8:42 AM