No this is not a promotion for Jonathan Bree.  So I cast my ears in resin over 8 years ago, wanting to make a binaural microphone.  If you are not familiar with binaural recording techniques, look up definitions and recording examples.  Many records were recorded with binaural sets of microphones - some more convincing than others. I also bought a mannequin head to attach them to.  The only thing that I didn't have were decent microphones that I could slip into the artificial ear canal.  I finally found a good pair to use - I ended up getting a pair of Audio Technica microphones that were small (used for choir or lapel microphones).  I then made my own phantom power to electret microphone circuit and experimented with various capacitors and shielding until I was able to achieve a very low noise, wide frequency response.  This really sounds fantastic and I can't wait to use this on my next record. 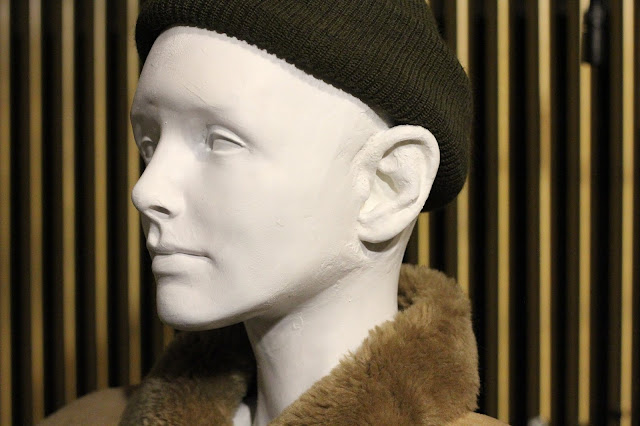 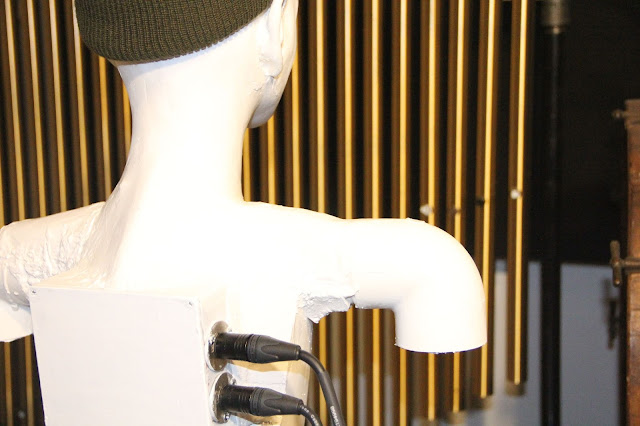 The fake shoulders are primarily made of PVC tubing and angle joints from Home Depot.  The torso was part of the mannequin head.  I have been collecting speakers to start mixing in various directions and tones around this dummy head mic for more depth to my mixes.  This won't be appearing on "Death of Conversation" though it will be widely used on my next album (title TBD).


One final thing that I would like to mention is the idea of movement.  When we hear a sound, we tend to move our heads toward the sound.  Or we slightly move our heads to get a better perception of where the sound is coming from.  With a mannequin head microphone, this usually does not happen.  One of my plans for this microphone is to run my mixes into a group of positioned speakers surrounding this mic, then slightly move the mic around for some additional movement and added directional perception.  I could even move the head slightly for the verse and chorus.  Because of this, I have 2 different stands that I have built for this microphone.  One has some rotary bearings for a smooth rotational movement.  The other is an adapter to a movie camera tripod, which has a very smooth and quiet movement to any possible position.

for some reason my reply to the comment below is not getting published so I will write it here:

Ear shape does have an affect.  Mic manufacturers have tried to optimize a generic ear shape so that everyone hears the spacial effect.  I wanted to be as realistic as possible, so I just cast my own ears.  I had several listeners sit in my studio with headphones and tell me that it was very convincing so I am not worried about the effect only being able to be heard by myself.

Posted by Jon Sonnenberg at 5:45 PM